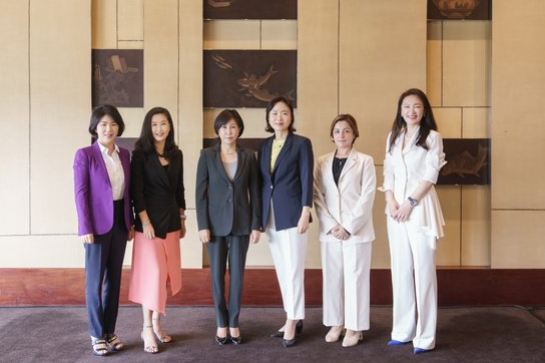 at the Grand Hyatt Seoul in central Seoul. From left are: president of Amway Korea Bae Su-jung,

JoongAng Daily , Kim Kyung-Mi & Yoon, So-Yeon - ​The American Chamber of Commerce (AMCHAM) now has seven women on its 35-member board of governors, an all-time high in its 68-year history. It also has a female director.